Are You Overthinking Male Friendships?

Are You Overthinking Your Male friendships?

One of the things that I’ve struggled with most since recovering from the rape, was the speed with which I put distance between me and my male friends with whom, at the time, I had flirtatious friendships with. Now so much time has passed I feel that it is hard to repair that distance without them thinking that I didn’t trust them.

I kept two male friends in my life when I returned home to England. It probably wasn’t any coincidence that they were several years older than me and more like father figures than anything else. They were easy, caring, friendships that remain a constant in my life, they were non threatening men who I could still sit one on one and have a cup of coffee with them without worrying that it was going to lead into a situation where I would feel at risk. All my other male friends were pushed to the outer circles of my life, and when I say pushed, I simply stopped contacting them. 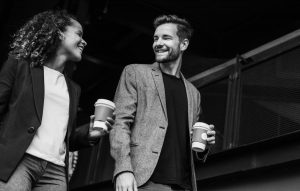 I began to assess all my male friendships differently, from a place of sheer panic and utter devastation. It was a gradual thing, yet it became a predominant safety mechanism. I didn’t rationally stand back and realise that the man I had dated had none of the normal qualities I usually looked for in a man, and that if I had been living somewhere where I felt welcome and the locals were friendly, I wouldn’t even have considered him a suitable date.

I couldn’t rationally stand back and make those assessments, my brain was still trying to process what had happened that night and whilst the brain was trying to work through everything, the other parts of my brain were working out a rather belated protection plan, and that plan consisted of making sure I was never in a vulnerable situation again where I might be at risk of being raped.

Five days after the incident I had moved with my job south to Sorrento, a town I loved and knew well and many locals were friends and some acquaintances. All who knew me knew I spoke Italian, and so when the next survival technique on my list was to pretend I couldn’t speak the language to avoid any potential scenarios where locals might chat me up, and of course, risk being alone with them and at risk it was tricky. Yet it was here in my beloved Sorrento where I gathered the strength to get through each day, feel as safe as I ever did when I used to holiday there and continue my survival tasks of avoiding any situation where I might get chatted up.

By the time I returned home to England at the end of my contract I’m not sure I even noticed that I wasn’t contacting my male friends either by email or phone, a habit of keeping myself safe had formed quickly and it was deeply engrained.

A few months after returning home and finally starting to get the help I needed and admitting to myself that it was rape that had taken place, I found the courage to tell the two male friends I had kept in my life. They weren’t easy conversations yet it was easier that they knew but the male friends I had pushed away weighed heavy on my conscience once I had recovered.

For me, and I would imagine, you too, you overthink how you are going to tell someone what has happened to you, the words you will use, and for me at least, most crucially, what their reaction will be, not because I feared they’d be unkind, the complete opposite, I feared my news would make them cry, which really tells you that if this is the reaction I expected, I never was in any danger from them and perhaps never needed to push them away in the first place.

Yet no one knows how they will react in any given situation until they are in it, nor do you know how you will choose to cope when survival is your sole focus and that means simply having the emotional energy to get through each day. 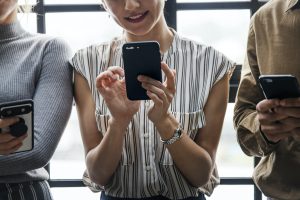 I am eternally grateful for social media, it’s allowed me to reconnect with some of my old male friends, and most surprisingly, and thankfully they haven’t asked where I had been during all those years of silence, I haven’t had to give any explanations, it’s just been accepted that now we are in off and on contact again and now get a ‘social media’ view of each other’s lives.

So if there are some friends that you have sidelined as you’ve sought to find a way to survive, maybe it’s worth reaching out to them in some way, as you might be pleasantly surprised to discover that they are just so pleased to be in contact with you again that no explanations are necessary.